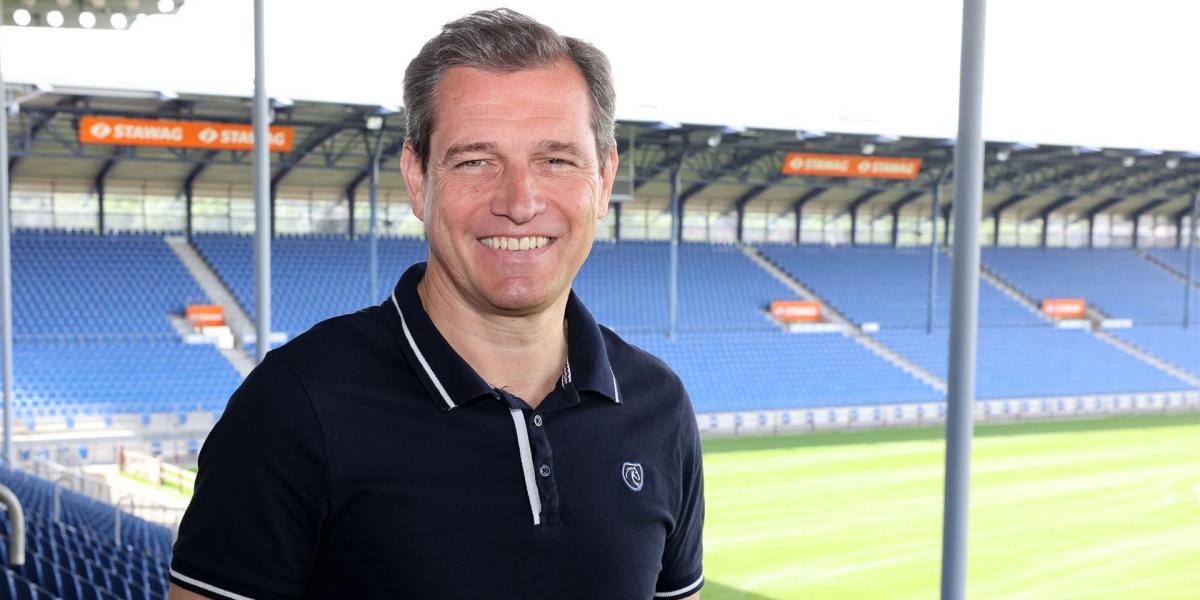 An interview with Michael Mronz, General Manager of the Aachener Reitturnier GmbH and CEO of the Rhein Ruhr City GmbH

Celebrities like Franziska van Almsick, Uli Hoeneß or the Chairman of the Deutsche Bank AG, Christian Sewing, will be present, when the future themes of the sport will be discussed on June 28th and 29th, during the “#neuland” congress. The President of the DOSB, Thomas Weikert and the heads of the most important German sport leagues as well as technology pioneers like the Formula 1 architect, Carsten Tilke, will provide answers on major issues such as sustainability, digitalisation, connected mobility, but also inclusion and equality. ZDF’s Head of Sport, Thomas Fuhrmann; ARD’s Sports Coordinator, Axel Balkausky, and Frank Robens, Director of Sports Licences and Sports Production at RTL will inform the participants as to what extent the media will demand these values in future and what their contribution can be.

The equestrian sport will also be strongly represented on the second day when the focus will lie on the two topics, sustainability and equality. Strong voices from the sport – namely the show-jumper, Janne Friederike Meyer-Zimmermann, and the Olympic gold medallist, Ingrid Klimke – will have their say. Ingmar De Vos, President of the world equestrian association, the FEI, and Stefanie Peters, President of the Aachen-Laurensberger Rennverein e.V. will also be represented on stage. The CHIO Aachen CAMPUS is co-organising the event. We spoke with Michael Mronz, General Manager of the Aachener Reitturnier GmbH and CEO of the organisers, Rhein Ruhr City GmbH, about the role of the sport and people’s expectations in modern sporting events.

Which answers can the “#neuland” congress provide on June 28th and 29th in Aachen?

Michael Mronz: Our society demands answers to essential future questions. Here, I am thinking about connected mobility and digitalisation, about sustainability and about what shape working and living in metropolitan regions will take on in the future. The focus will be on sport on the second day, which is without doubt one of the supporting pillars of our society. Our aim behind #neuland is to satisfy the people’s expectations regarding finding solutions for sustainable and fair sports events.

Can the social role of the sport be outlined in a few sentences?

Mronz: Sport has a huge force. Making use of this is more important than ever today. We can see an increasing lack of movement and the related consequences such as obesity. Organised sport is being recognised in the form of professional football more than ever before. We are not criticising football here, but sport is much more than purely the German football leagues. Sport is an essential part of the development process of children and youths. Sport is education, training, further education. This is where the focus should be placed again.

How has this role changed in your opinion? Has sport become more important?

Mronz: According to the DOSB, organised sport lost around one million members during the Corona pandemic. It is estimated that 600,000 youths have turned their backs on organised sport and many trainers have also quit the clubs. Values like performance, respect, fairness, compliance and tolerance are trained daily within sport clubs. Which is why it is all the more important to make sport fit for the future. We need sport as a billion-dollar, nationwide sustainability fund. The clubs have to be made sustainably fit for the future, ecologically and economically, so that they can fulfil their social responsibility. Children have to want to enjoy going to their clubs again.

What expectations do the fans have? Have the demands in a modern sporting event changed?

Mronz: Absolutely. The fan experience of the future will revolve around sustainability and digitalisation. As an experience, the sports event will gain even more significance. The emphasis also lies more and more on the topic of diversity.

What role does the equestrian sport play within this discussion?

Mronz: Diversity is, on the one hand, about gender equality within sports. Here, the equestrian sport is a pioneer, because we have the advantage that men and women have been competing against each other for decades already and also receive the same prize money. And yet we also still have some problem areas – which we want to discuss with personalities like the Olympic gold medallist, Ingrid Klimke, as well as with the show-jumper, Janne Friederike Meyer-Zimmermann and the President of the FEI, Ingmar De Vos. For me, the second aspect of diversity is treating people with and without disabilities in the same way. Let us take Felix Streng, for example, who won Olympic gold in the 100 metres at the Paralympic Games. If we had an Olympic winner over 100 metres among the athletes without a disability, he would be a mega star in Germany. Whereas hardly anyone knows Felix Streng. And I also find it is a task of the equestrian sport to combat this imbalance: In Aachen, we no longer want to discuss whether we will integrate para equestrian disciplines into the CHIO Aachen, instead the question is how quickly and how expediently we can achieve this. This is the objective we have set ourselves and in the near future it will also be society’s expectation.

All information and tickets