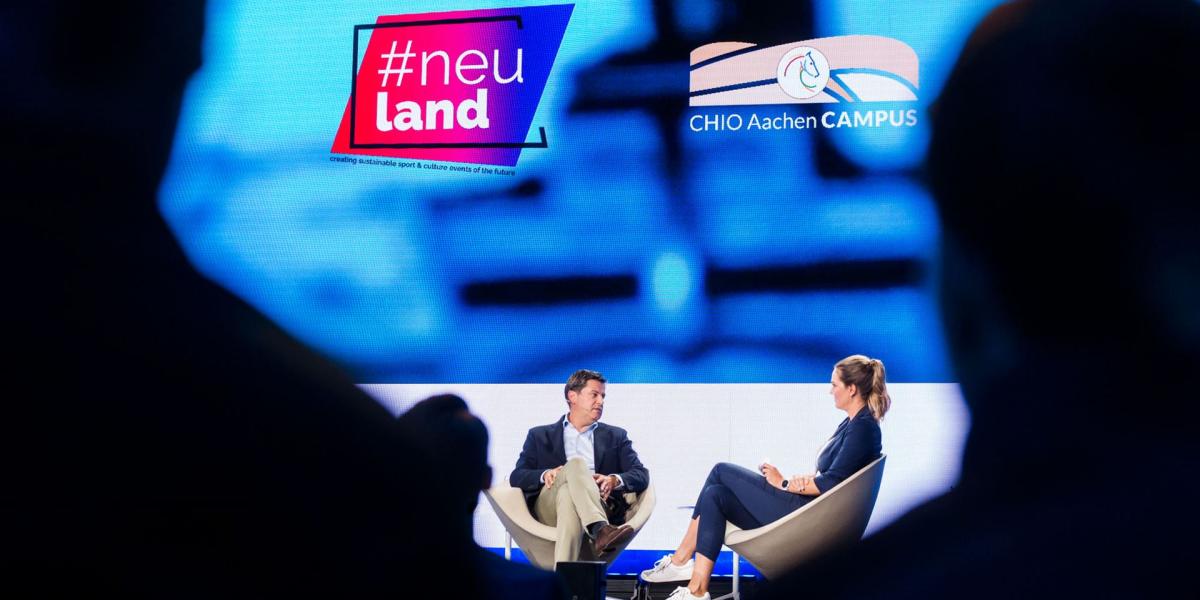 The future of the sport

Before the best show-jumpers in the world compete in the Turkish Airlines - Prize of Europe at the CHIO Aachen 2022 on the evening of June 29th, the current and future role of the sport within society will be addressed during the day. Because the #neuland congress with its star-studded cast is being staged in Aachen parallel to the World Equestrian Festival – the CHIO Aachen Campus is the co-organiser.

“After the successful premiere last year, we are delighted once again in 2022 to be able to welcome renowned opinion makers from the sports environment to the #neuland congress,” commented Michael Mronz, CEO of the Rhein Ruhr City GmbH, initiator and organiser of the event. On the second day of the #neuland congress the major themes of the future for the international sport industry will be discussed: Sustainability and diversity. “The idea of the congress is to decisively push the vision of a sustainably designed future forward,” said Michael Mronz.

For example, one of the guests will be the highly-successful eventer, Ingrid Klimke, who has among others won the SAP Cup at the CHIO Aachen three times and Olympic gold twice.

“Equal pay is matter of course in the equestrian sport. However, we can certainly learn from others in the case of various other topics. We are thus looking forward to engaging in a top-level, interdisciplinary exchange on the major future themes at #neuland,” stated Stefan Knopp, Director of the CHIO Aachen CAMPUS. “I am convinced that all of the participants will ultimately benefit from interesting approaches.”

The CHIO Aachen CAMPUS is an international equestrian sport centre, which offers attractive training and further education options revolving around the equestrian sport, staged at the probably most famous equestrian site in the world.

In collaboration with representatives from sporting, business, science and political circles as well as with investors, the #neuland congress (June 28th and 29th, 2022) aims to find solutions for an efficient and equally ecological and economical, sustainable future. Tickets are available with immediate effect at: www.neuland.today.